By Simi Akinmuda on February 1, 2018 in General

Construction work is still ongoing on Cross Campus and Towsontown Boulevard. As a result, some traffic delays may be experienced along construction routes.

Major phases of the BGE roadwork that began in the 2017 spring term have been completed. The installation of underground cables along Towsontown Boulevard and Osler Drive have been finished. Likewise, the BGE feeder project was completed earlier this month.

The removal of the old equipment for the East Sheppard Substation work is ongoing and is in its final stages. We do not expect this to affect traffic or student activities.

The first phase of the county project to widen the Towsontown Blvd. and create additional turn lanes into Osler drive was finished in late December 2017. As result, the installation of sewer pipes which is the second phase of the project began earlier this week. We expect this phase to last through the spring term and be completed by summer 2018.

During this time, there will be lane reductions and changes to accommodate the work that is being done. Since this work began in the west of Osler Drive, we expect it to progress eastwards towards Burke Avenue.

While we do not anticipate traffic delays on Cross Campus, we expect that there will be some major delays along the Osler/Towsontown intersection due to the sewer installation. We encourage road users to plan accordingly.

View all posts by Simi Akinmuda →

Find a Part-Time or On-Campus Job Today!
Tax filing season is here, and so are the scams. Here’s how to protect yourself 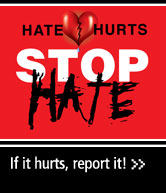